Entitlement and Your Child 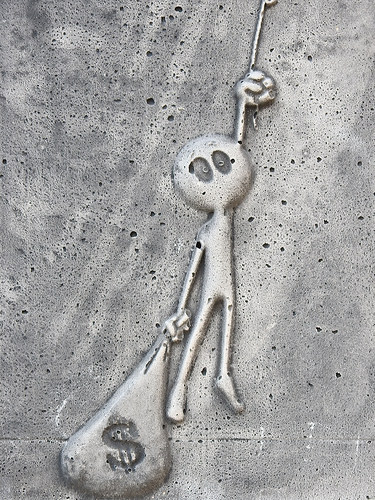 The other day, Ian and I went to dinner at a local Mexican restaurant. I don’t know how we got started, but we ended up talking about credit. In this country, and in many others, I’m sure, we are nurtured up under the encouragement to always want more than we have. We celebrate things like Christmas and birthdays, which serve one major purpose, especially if you’re a kid – the getting of more stuff.

We’re taught that every kid “deserves” a good Christmas or a good birthday. We’re taught to get them whatever is on their wishlist, even if we have to max out our credit cards to do it. Then we bend over backwards trying to pay them off for the rest of the year, or just give up and declare bankruptcy when the creditors come knocking.

Let me tell you something you may not want to hear. This whole idea has been sold to us by companies who make their livings off of people who have bought into this lie. The only person who “deserves” anything is the person who has earned it. That’s a concept you don’t often hear anymore. But neither do your kids deserve everything that you can throw at them, nor is it good for them to receive everything their little hearts desire.

I know this is harsh. I know it’s controversial. But the pervasive disease of entitlement in our culture begins to take root during childhood. It is one of the major problems in our country right now, and we are almost all of us responsible for it.

So, how do credit cards tempt us to buy more than what we have earned? By persuading us that the next thing we want will be the last thing for a while. That we’ll be perfectly content if we can have just this one thing more. That a month from now, when the statement arrives in the mail, you will have more money than you do right now. Because you’re going to stop spending and start saving.

I told my son this:

The kind of person who will spend money he doesn’t have to buy something he doesn’t need will never, ever have money.

They will always be discontent with their current situation, and they will continue to lie to themselves about changing their habits or having more money in the future.

If you want financial advice, you need look no further than the Old Testament:

“He who loves money will not be satisfied with money, nor he who loves abundance with its income. This too is vanity. When good things increase, those who consume them increase. So what is the advantage to their owners except to look on? The sleep of the working man is pleasant, whether he eats little or much; but the full stomach of the rich man does not allow him to sleep.” Ecclesiastes 5

“The rich rules over the poor, And the borrower becomes the lender’s slave.” Proverbs 22:7

“Honour the Lord with thy substance, and with the firstfruits of all thine increase: so shall thy barns be filled with plenty, and thy presses shall burst with new wine.” Proverbs 3:9