Has anyone ever tried an apple fast? 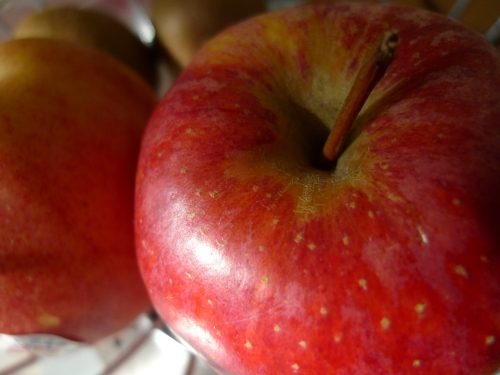 I believe fasting is good for clearing the line of communication between myself and God, but even if you aren’t religious, it is widely known for being good for us mentally, emotionally, physically, and spiritually. I say spiritually because, even if you don’t believe in a higher power, I assume everyone reading this believes they are more than just a mere cloud of atoms (a phrase borrowed from C.S. Lewis). The greatest benefit in my own life has been two-fold: clarity and self-discipline. I believe it is a powerful tool that Christians (or dieters, lol) can use to overcome fleshly temptations, and it is so powerful that I don’t understand why it is so often overlooked and rarely spoken about, even in Christian circles. I am assuming it’s because we aren’t supposed to brag about it? Or to make ourselves look hungry, etc? But is this any excuse not to teach our children and mentor others who have the same needs? I don’t think so.

I am asking about the apple fast because Ian is interested in fasting. (He is 10.) However, everything I have read says that children should not fast. The apple fast is a happy medium in which you can consume as many apples as you want for 1-3 days, but nothing else (except water and apple juice). It is supposed to have many of the same physical benefits as regular fasting. I don’t know if the discipline benefits will be all that much though, but I figure it’s a start.

This entry was posted in Christianity, Health and tagged apples, discipleship, discipline, fasting. Bookmark the permalink.